Ingrid Koenig’s VAST 310 Visual Arts: Special Topics (Leaning Into Quantum Fields) class comprise this stream and attend the Science Seminar. Students gain practical experience and knowledge through first-hand observations of a physics topic presented at the physics lab, and they will investigate material or information outside of their familiar disciplinary space. These students also interact with collaborator Margit Schild’s Berlin students at UdK. Thought experiments are threaded throughout this stream. They will excavate an idea, they may probe the forces of an unfamiliar language, conduct self-directed research, and produce responsive artworks within a network. There may be quicker relays built into their production. These students have access to a website with links for further self-learning. A scientist will come to the class to discuss the science topic. 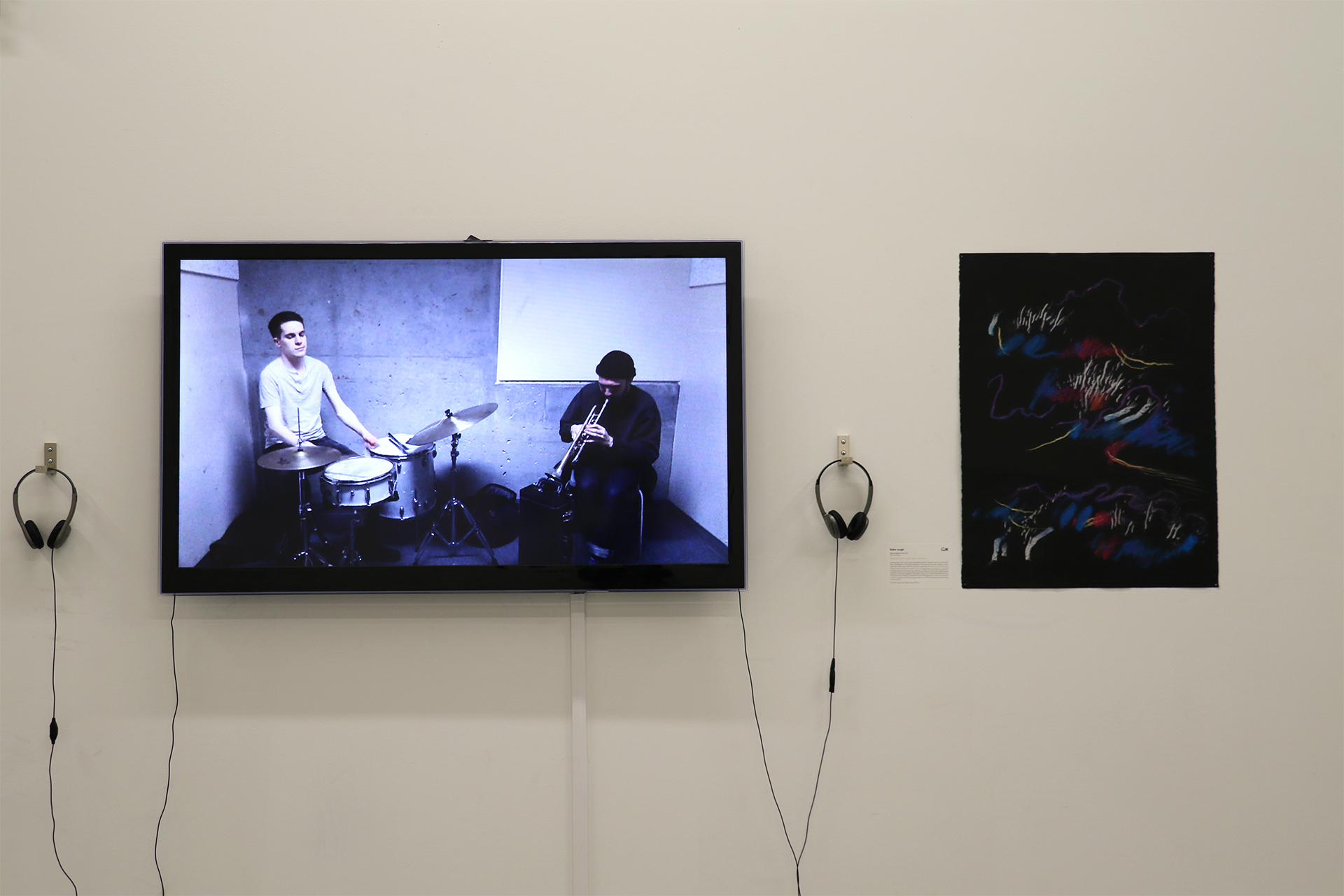 In Reverse Space Jam, Lough pursued vocabularies applied to Antimatter such as reversal, annihilation, and binaries. In a first iterative response to the science topic she drew a graphic score for improvised translations in collaboration with fellow musicians Carson Tworow and David Lavoie. By the fourth iterative work Lough reversed her video of their performance as a response to the question of whether Antimatter falls up (a current experiment at CERN). The reversal looked strange but also noticeably similar. She was further intrigued by physicists’ interactions when they explained physics problems to artists using metaphors, hand gestures, visual cues, or physical demonstrations to get an idea across in non-scientific or mathematical terms. “If language can be a barrier for disciplines it can also be a bridge, and I feel that language is present in more forms of expression than just spoken or written words.” 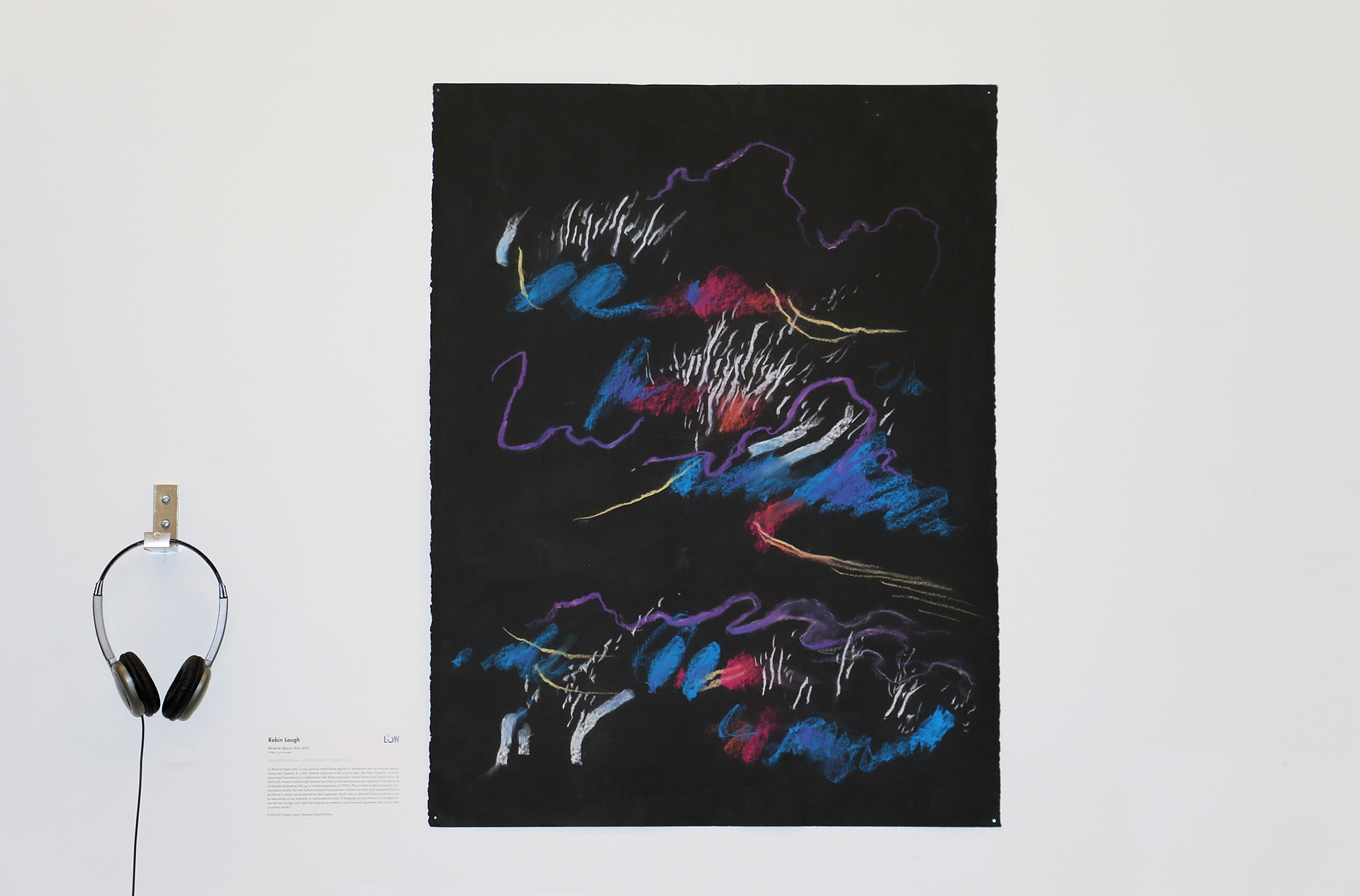