On November 4 a small follow-up meeting was held in TRIUMF’s theory room to discuss possible stream variations of the experimental process design modeled out of the workshop. Both artists and physicists presented their newly structured ideas for parallel streams, and discussed details for the choreography of artist/physicist conversations, length of production periods, how the scientists would present a physics concept to artists, and how we would build a symmetric relationship between artists and physicists into the process.

On November 18 another meeting was held between a small group of physicists, the artist-investigators team, research assistants, and invited-guest-artist Simon Starling to discuss further iterative models for the process design. There was debate on such details as the transfers of art works between artists and physicists, and in what form physicists would respond to artistic works, such as through an equation, a story, a drawing or other inventive system. How might we find common ground in methodology, process and experimental models? Clearly the process should not result in artists illustrating the physics concept. At this meeting the scientists announced the physics concept that would  be the basis for the relay between artists and physicists in the coming year. 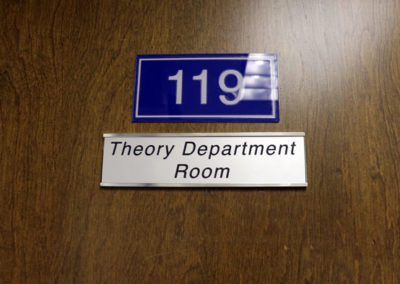 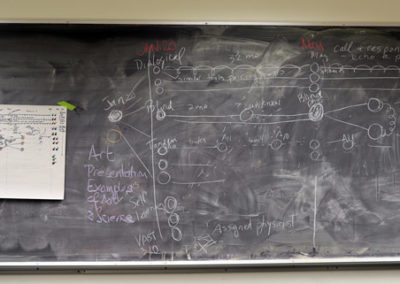 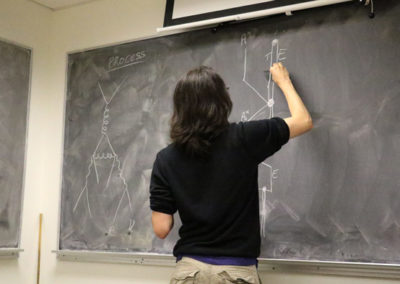 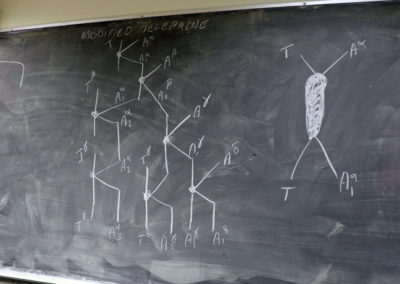 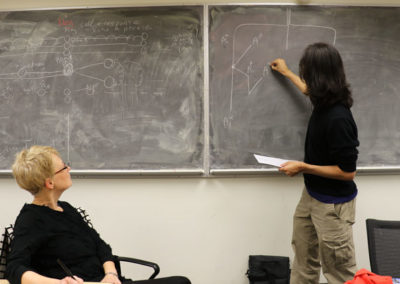 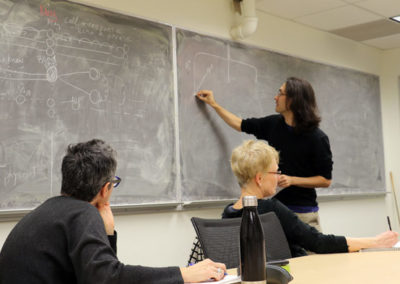 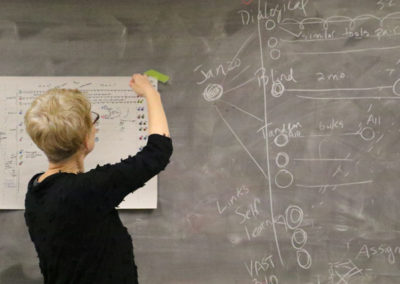 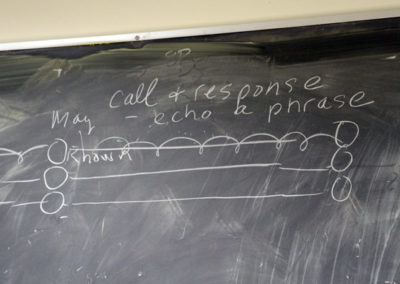 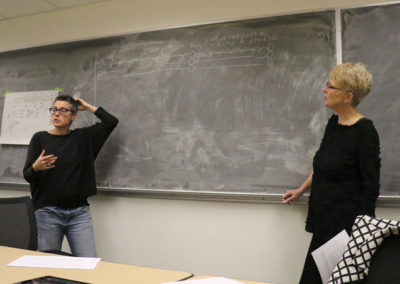 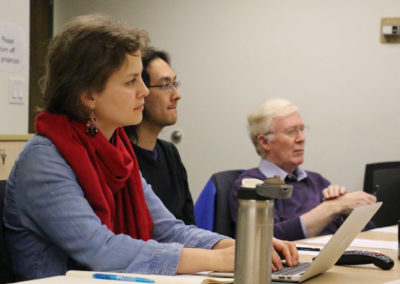 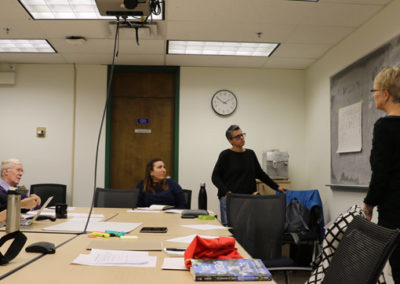 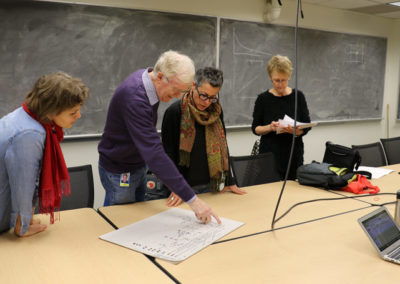 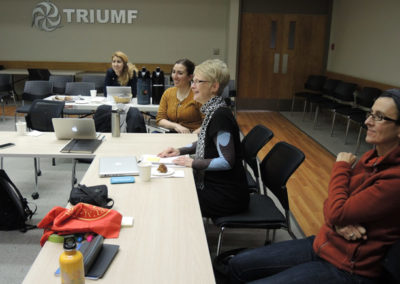 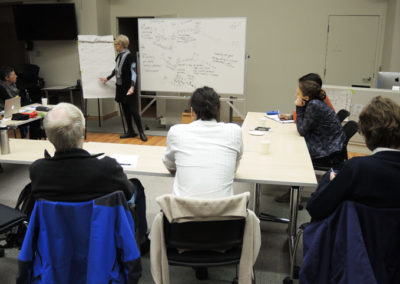 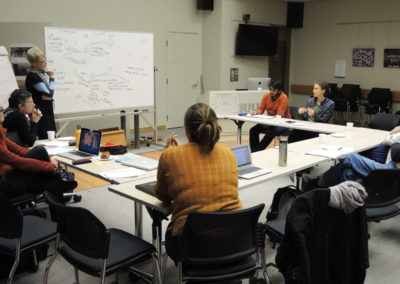 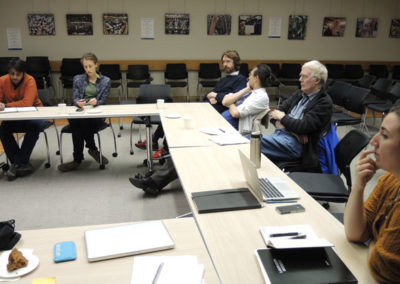 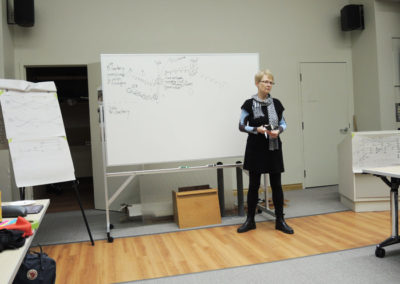 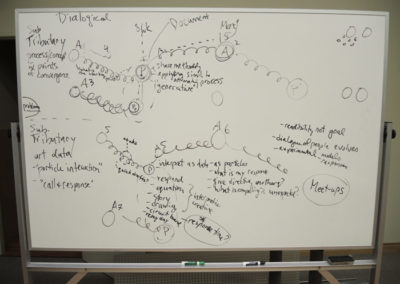 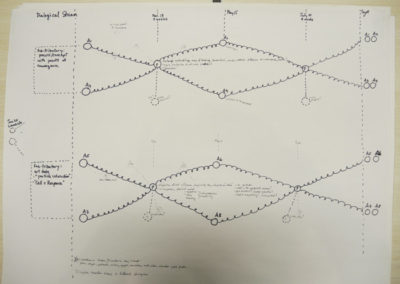